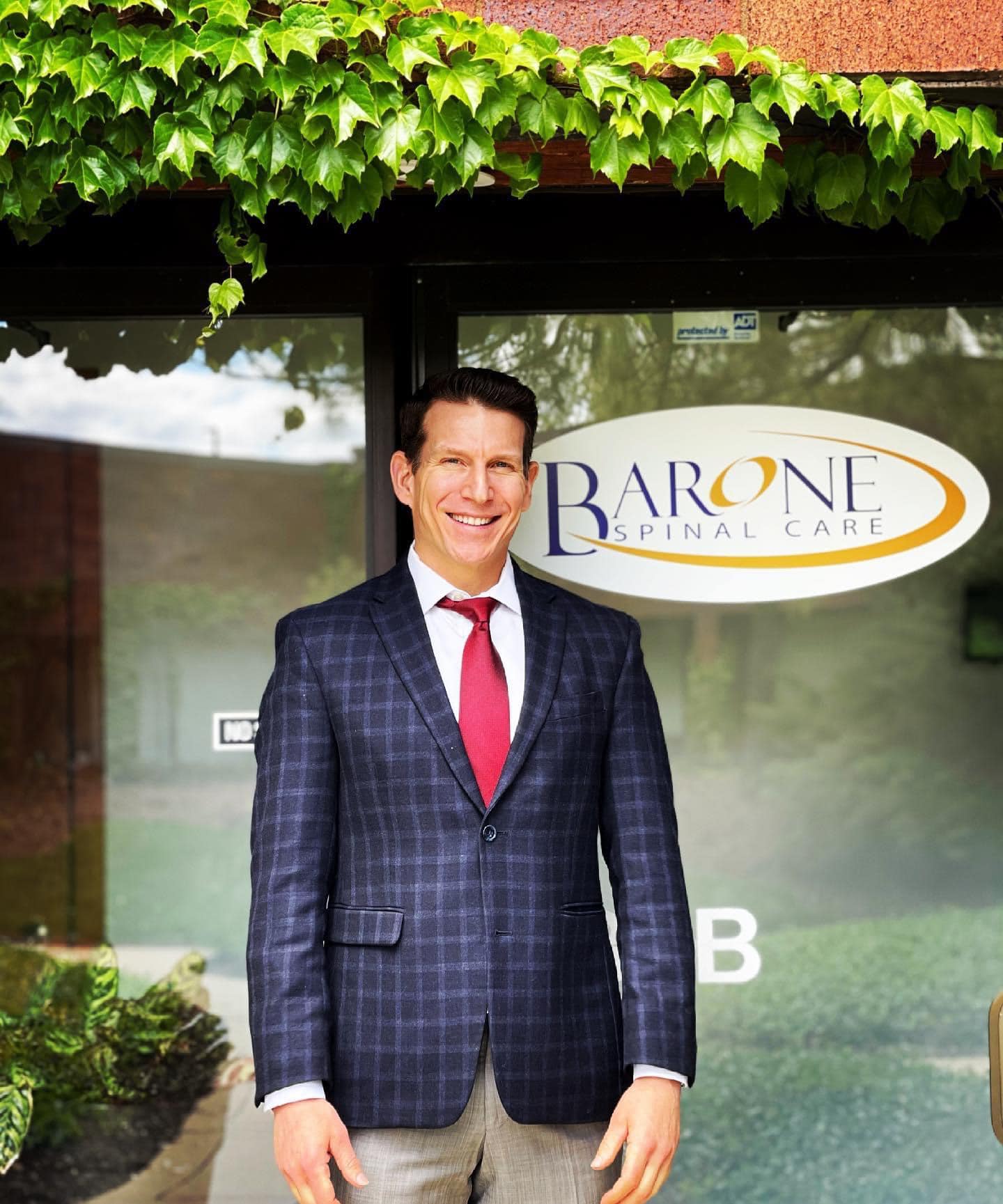 Dr. Barone was born and raised in the projects of Buffalo, NY by a single mother. From a very young age, his mother instilled the values of hard work, education, and health. Every morning she would run with lead weights on her ankles. She completed her master’s degree while working in a sponge factory. But growing up, Jeremy was terribly sick with chronic ear infections, scoliosis, and he was a late bed wetter. His scoliosis was so severe that his ribcage was deformed, one side protruded more than the other, and one shoulder was much higher than the other. His mother took him to many doctors but to no avail.

When he was 18 years old, he enrolled in the United States Navy where he served aboard the USS George Washington, a nuclear powered aircraft carrier. It was in the Navy that Jeremy decided he wanted to become a chiropractor like his step-grandfather. Chiropractic was the perfect profession because it combined his natural mechanical gifting with his passion for health and the human frame.

While pursuing his engineering degree, he worked third shift as a machinist at DANA corporation, a Fortune 500 company. His love for precision in all his work made him one of the youngest ever promoted to the quality control department. He then went to Palmer where he was introduced to the NUCCA technique through a colleague. She told him that she got a C1 (atlas) adjustment that immediately corrected her lower back pain. His initial reaction was very skeptical – like it was too good to be true. However, he reluctantly went to receive his first NUCCA adjustment. Immediately after his first adjustment, he could hear loud, audible, cracking sounds between his sternum and his ribcage. His scoliosis was actually correcting itself! Within just a few years, his ribcage and his shoulders almost completely normalized! This experience, along with several of his family members having similar ‘miracle-like’ results, became proof that the NUCCA correction affects and controls the entire spine! And the precision of the NUCCA adjustment made it the premier adjustment! Since then he has dedicated his life to bringing NUCCA Chiropractic care to the rest of the world!

Dr. Barone completed his undergraduate studies at Western Piedmont and Lenoir Rhyne Colleges in North Carolina where he served in student council and was awarded the honor of dean’s list student for his academic performance. Dr. Barone was awarded his Doctor of Chiropractic degree from the Palmer College of Chiropractic (the Fountainhead) in Davenport, Iowa. He served as both Class President and NUCCA Club President while attending Palmer. For over a decade, Dr. Barone has hosted a popular, weekly radio program called “BACK TO HEALTH” on AM 1160 (WYLL).

Dr. Barone is extremely passionate about working with athletes. He has been a competitive soccer player through college, bodybuilder, power-lifter, and has been a competitive Motocross Athlete since 2006.
He is very passionate about living life to the fullest and strives to inspire others to do the same. Dr. Barone cares immensely for his practice members. He has a real desire to help people find relief from their problems and increase their overall level of performance so they can live happier, healthier lives.

We Do What We Do
So You Can Do What God Has Called You To Do!

To schedule your initial NUCCA appointment call 847-619-7579 or just click the button below.

Find Out When We Are Open

Send Us An Email Today!